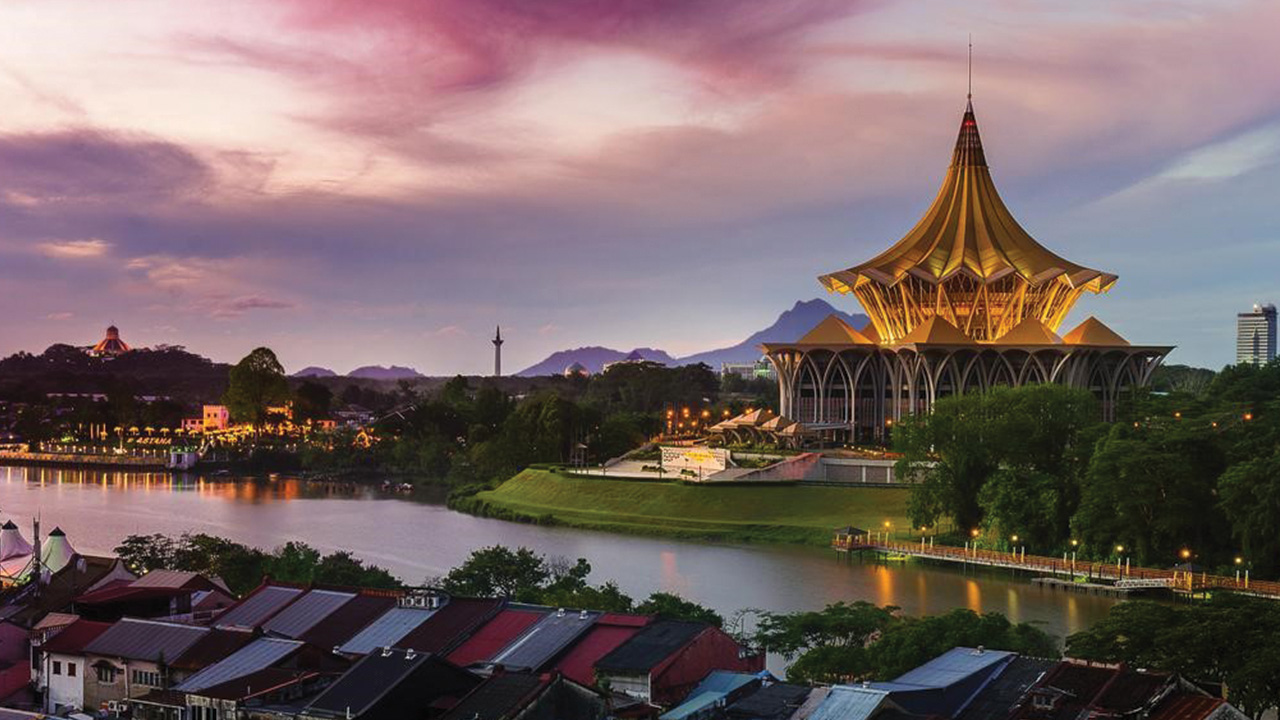 Sarawak, located on the island of Borneo, is one of the leading second-tier destinations across the world. The largest of 13 states of Malaysia, Sarawak is gaining attention with its infrastructure for international congresses and excellent value for money. This Malaysian state is becoming the largest and fastest-growing   region in the world. The Sarawak being profound in terms of culture, nature, heritage and modernity, makes it captivating as a better business destination.

Sarawak, located in the heart of Malaysia, works as a strategic location between the two competing countries, China and India. Being a part of ASEAN, it brings together all the South East Asian countries under the same roof. Sarawak has easy air access with first-class   accommodation venues and services and is  the best business event destination along with the competitive price. The social, economic and political stability becomes the crowning stroke for the Sarawak to be the best as a second-tier destination.

Malaysia is aware of   how to connect Asia on a global level by   providing best services in Sarawak, Penang and many other states around. Sarawak has  unconditional support of Government and several Federal Convention Bureaus, like Sarawak Conventional Bureau (SCB) and Malaysia Convention and Exhibition Bureau (MyCEB). Since the establishment of SCB in 2006, it has brought the state at par  in the MICE industry. It stepped on the world stage by becoming one of the hosting countries of ICCA. Various ICCA-certified conferences were hosted by Malaysia.   Kuching, the capital of Sarawak, after Kuala Lampur, became  the next popular business event venue.

The Borneo Convention Centre Kuching (BCCK)   is the first international purpose-built Convention Centre in Sarawak  . It has carved the way for itself into the MICE industry by conducting various regional and global conferences and meetings. It has hosted events close 1,440 with over 1.834 million delegates. It has received local, regional and national honor for professional standards, innovation and best practices in business events.

Sarawak has adopted the usage of Big Data and Digital Media tools for the past 11 years. As a result,  it has  the high success rate   of over 80% bid wins and successful international conferences. Yet, Sarawak has more to attain as the top leading business event destination in the world. Sarawak, after all the success, needs to be known at   a global level. There is a need for   awareness of branding of Sarawak across the globe. The state Sarawak   needs to stand as a brand on the global platform to showcase itself as one of the top leading business destinations. Also, Sarawak should bring up more air connectivity around the various continents.

Despite being little unknown, Sarawak has ranked 33 on the global rankings.   It has outranked the trail of UAE, Hong-Kong and Vietnam. Sarawak is making its place on the MICE map with the top international services with its nomadic and rich culture. In the coming few years, we will see Sarawak among the top convention places in the MICE world.
Published on: Dec,2019
Image source: Internet